The Best Monologue Book for Women Ever

Now, obviously, I'm a bit biased, but I do strongly believe that this book is superior to the other monologue books on the market because this one directs you on how to perform each piece!

That's right! This book shows you where the emotional 180s are, suggests several different beats to play, and teaches you how to give your performance incredible depth.

Whether you're a high school student or a seasoned actress, this book is going to save you time and money AND help you learn how to make the monologues in your other books so much better too!

This is the book I wish I had.

So much so,
That this is the book I wrote for you. 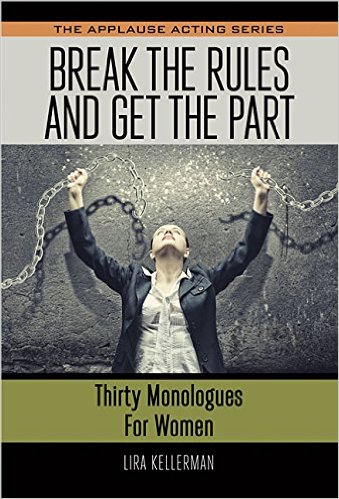 Break the Rules and Get the Part: Thirty Monologues for Women not only teaches how and why to break the outdated rules you were taught, but unlike other "story monologues," each one-minute monologue in this book is written with a clearly defined active and emotional arc in the present. Each comedic, serio-comedic, and dramatic monologue is followed by Helpful Direction: key points that highlight character objectives and intents, several ideas on which emotions to hit, and how and where to hit them, and multiple comedic and dramatic suggestions that heighten an actor's individuality and personal essence.

And let me know what you think!

My whole life, I have been searching for validation. We all do.

But I'm not just an actress; I'm also a writer! That's a lifetime of constantly wondering, "Am I really any good at this?"

I was at a self-tape studio a few weeks ago and the owner asked how I knew my friend who referred me to him. "Oh, I met her in an acting class years ago, and after class ended that night, I went up to her and said 'I want to be as good as you are!' and instead of being creeped out, she was flattered! We've been friends ever since!"

Whoa. Cause, she's really, really good. "Thank you!" I said.

He continued, "Where you are now; you know the craft. You know it. You now have to no longer think of yourself as an actress, but as an artist. You're an artist."

I inhaled as deeply as I could. "I will never, ever forget that," I told him, tears welling. Validation!

Where did my confidence go? Why did it go anywhere? Why did my struggles with one career bleed into the other?

But I wrote a book. And refined it. And made it better. Switched some things around, added more, added more, refined.

And I thought....you know what? I think this is GOOD. And if there was ever a time to fucking try something, then it was to see just what would happen if I sent it out to publishers. And that meant learning how to write a query letter, and learning how to create a book proposal. Which I did. (Thanks Studio City Library!)
I sent out my queries. Sure, I was writing an Original Monologue book, something no publishers had published in the last several years, and sure, the only Original Monologue books I could find on Amazon were all self-published. That was my original intention anyway.

But like I said, I thought my book was GOOD.

So off my queries went, into the electronic world of 0s and 1s, knowing full well I was going to focus on other things, and then figure out how to format my manuscript for self-publishing on Amazon a few months later.

Fifty percent of the publishers I submitted to said, "You're right. This IS GOOD. We know it will make us money."

I called my husband and read him the email from the first publisher saying they wanted to publish it. I choked up and cried.

May your hearts all feel as full as mine right now. 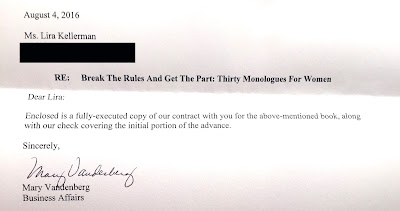 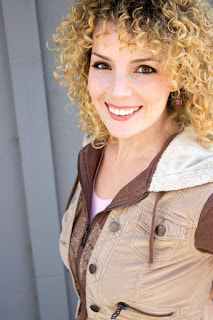 I remember being a small girl, holding my dad's hand as we sized up the Giant Dipper at the Santa Cruz Beach Boardwalk, one of the biggest all wooden roller coasters in the state. I was finally tall enough to ride, and I remember the way the coaster would dip and then roll back up, giving me that adrenaline inducing dropped stomach feeling. It was scary in the beginning, but I remember loving it, loving the hills and valleys, and at the end, feeling so energized. I was wind-blown with wet eyes, and I wanted to ride it again.

But man, I hid it. I hid it so extremely well. I was such a master at hiding it, I convinced myself that everything was fine. I mean, sure, some friends knew I was frustrated, but they didn't know the deep self-loathing I was dealing with because I was fucking smiling and making jokes throughout it all.

I didn't even know I was depressed myself.

Not until my husband sat me down and told me, with tears on his face, that he didn't know how to help me. That I wasn't creating anything for myself, and that he knew I was miserable, and what could he do to assist me?

He told me he was terrified I'd be angry at him. That I would be hurt, defensive.

Instead, I was shocked.

And more than anything, I wanted my husband to be proud of me, but the past year and a half, I didn't have anything I was proud of myself.

And that had to change. 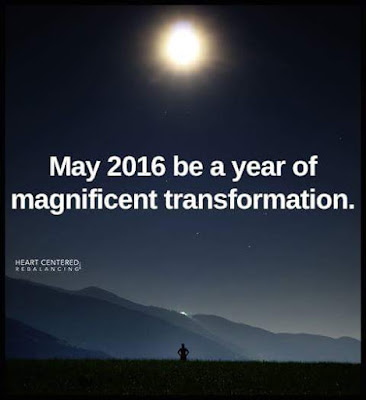 I love this photo over here. I shared it on Facebook on Dec 25th.

After a year and a half of feeling trapped, stuck, in a tight space that no longer fit me, that made my entire body ache, I find myself bursting through a cocoon.

It's the roller coaster all over again. I had my valleys, but I'm on the upswing. My stomach dropped. I'm having fun again.

2016 IS a year of magnificent transformation already because, guess what?

My eyes are wet and my hair is windblown.

I want to ride life again.

I hope you do too.