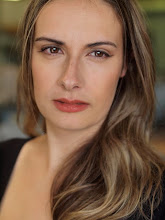 Anita Rossbach is just a lovely Kiwi all around. Despite the nearly day difference, she and I have been following each other for the last, what? almost two years? And even though we're in two totally different markets (and hemispheres!) we are always cheering each other on.


Anita was in a 48 Hour Film Festival, and the short they put together just had me in STITCHES. Seriously. I asked her if she wouldn't mind writing a little bit about her experience, and she happily obliged!


Simple right?
This is V48Hours (www.v48hours.co.nz), the largest film competition in New Zealand. It’s madness and it is a TON of fun!
V48Hours starts on a Friday in May at 7pm, were two representatives of each team that enters get given a genre their film must adhere two, plus required elements that their film has to contain. The genres can be anything from romance, to crime, to fairy tale. The elements are usually a character name, a trait of the named character, a prop, a line of dialogue and for the past couple of years also a particular shot. So, for example for 2011 the required elements were a character named Bobby/Bobbie Young, a former bully, a piece of bent wire, ‘What have you got?’, and a freeze frame ending.
From Friday 7 pm, teams have 48 hours, until Sunday 7pm to write, cast, film and edit a short film under 7 minutes length. Most films are live action but there are also quite a few animated films!
After the deadline all films who made it across the finish line in time are contenders for various city and later national awards. All films whether disqualified or not get screened in an ever increasing number of heats in a real life cinema. So as long as you hand in something, you get to see your weekend’s hard work on the big screen.
The first year I participated I was a runner/AD on a team that consisted of a writer-director-DOP-editor-composer, five actors, one other runner and myself. Our genre was Superhero and the script was written with the only thought being that all five actors would get an equalish amount of screen time. We shot outside but didn’t have a mike but the one built into our crappy camera. The actors were practically left to their own devices and struggled to make the convoluted script work for them. Our everyman worked his butt off and got in a film on time if I remember correctly. It was pretty awful but nonetheless everyone on the team had a fun day, well all of us who had no more than two jobs anyway. I loved doing the bit of AD work I got to do and love watching the actors do their thing. This was before I admitted to myself that I too wanted to be in front of the camera.
The next year I participated, I got my wish. It was my first time in an actual film. Check it out here and feel free to laugh at my expense. I do every time I watch it (http://www.v48hours.co.nz/screening-room/2010/wellington/femme-noir/). But the film was much better than the first year. We had a writing team, an experienced DP, who guided our first-time director, and people in every department who did their jobs with enthusiasm and without getting in other people’s way and helped out where asked and needed as it should be. But 48Hours is treacherous and it didn’t help that that year it was extremely cold. Wellington winter is no fun when you’re running around in short skirts and fishnets! We didn’t quite make the deadline but got to see our film on the big screen nonetheless. I already have had my silver screen debut. Pretty amazing!
This year was easily the most fun I have had with 48Hours and I would team up with these guys again in a heartbeat. The writing was fantastic, the team was into it and easy to work with, and the film we produced was the most popular in the V48Hour screening room for 2011 until the national winners were announced. In fact, we’re still the third most watched film of the year. I wouldn’t call it my greatest acting achievement either, but really, Joseph as Mr America and the wicked songwriting are what makes this fun little musical bomb of a satire on New Zealand/American relations so great.
When 48Hours is organized chaos as opposed to just chaos, it’s one of the best experiences New Zealand has to offer in terms of bringing film enthusiasts lay or pro together for a once a year crazy ride of film frenzy. You have anyone entering the competition - from school teams participating as a class project, to semi-professional teams like Traces of Nut who never fail to dazzle. Check out their amazing Longdrummer here (http://www.youtube.com/watch?v=aI_nClihKUQ&feature=channel_video_title) and this year’s wicked entry Ruby Red (http://www.v48hours.co.nz/screening-room/2011/wellington/ruby-red). Local writing/directing/acting talent Taika Waititi (http://www.imdb.com/name/nm0169806/) made this competition his one-man show up until a couple of year ago.
I might be overusing the word a bit but 48Hours can be WICKED fun. If you’re not in NZ, you should find out if a city near you has anything like it (http://www.48hourfilm.com/)!
Get as organized as possible beforehand, do everything you can to get those creative juices flowing, have FUN and then: ‘WRITE. SHOOT. CUT. SURVIVE’!
at 8:50 AM