I wish I could tell you that I got that audition. That someone saw my tape and said, "Yes! This is exactly what we want!"

That the calls from my reps were answered.

That the call from the other cd who vouched for me was returned, and I was talked about.

That my taped audition was seen and something came of it.

But I can't tell you that.

But I do know one thing:
I have to keep on keeping on.

I had auditioned for a music video two years ago but didn't book it. The musician left me a lovely email then about how he thought I was lovely and although I didn't book the role, he had hoped to use me for something in the future. A month ago, I got another email from him. Would I be interested in starring in his new music video? Of course!

So Saturday, after a week of telling myself to keep on keeping on, I was on set of music video, with my own dressing room. 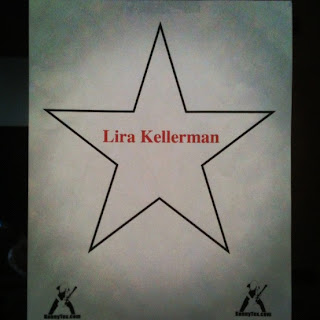 And I won't lie, seeing my name on a dressing room door NEVER gets old. It doesn't.

So I'm going to keep on keeping on, because people do like me. People do remember me.

Eventually, my time will come.

And so will yours.