Choose Your Own Adventure

My friend Tanya Giang, the very one who I strongly recommend for headshots, and will give you a $50 discount just by saying you found her from this blog, is one of those hyphenates who is making money, doing what she loves, and choosing her own Hollywood adventure.

Need some inspiration? Check out her post below, and then go check out her link at the very bottom.
xoxo
Lira


Take Control, Love What You Do, Win Awards 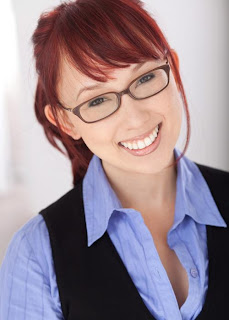 When I was a child, I wanted to act. But my mother, a war refugee living in Los Angeles, was unfamiliar with the business.  An all too common story, we ended up getting scammed instead. It was more money than I knew my mom could afford, so I decided to become a lawyer.

That dream lasted through one con law class sophomore year of college, where it died a quick, dirty death. So then I was a graduate, and I still wanted to act.  But Hollywood said I was too ethnic with my Eurasian background. In the years it would take me to become eligible for SAG (now SAG-AFTRA), I took the opportunity to learn more about the business. I interned in casting, assisted in acting classes, even worked as an associate talent manager. Finally, I was ready to really commit to this acting thing. But then Hollywood said I wasn’t ethnic enough.

Apparently, I’m too white to be Asian and too Asian to be white. My hair is naturally a dark, frizzy brown. When I attempted to dye it black in an effort to look more Asian, I just ended up looking Russian.

Everyone always assumed that I would automatically have representation and book commercials like crazy, since I was a quirky, ethnic female. But I struggled to connect with any agents or managers, especially when I was non-union. I suffered through being seen just as “an Asian” and sitting at auditions for political refugees, sex slaves and manicurists. I cringed every time I was asked to do an Asian accent. One, what accent is that? Asia is a continent. I have zero desire to perpetuate a stereotype. Two, you just told me I’m not Asian enough. I still have to do the accent?? I became a frustrated, scared, tentative actress.

And then two meetings changed my life. A manager said to me, “No one’s writing for a girl like you. No one’s getting excited about you.” And an agent (after noting that I was a good actor who probably could book) looked at me and said, “I don’t know what to do with you.” I left that second meeting and thought, “Fine! I’ll show you!” That spark of rebellion has led to this:

There is so much you can’t control about your acting career. You get conflicting advice from casting directors, agents, coaches and friends. You can be perfect for a role but 3 inches too short or too tall.  Someone is going to tell you that you look 22, someone else will say 29. You can be underrepresented in media, or competing with hundreds of people who look exactly like you. So if you ever start feeling lost, my advice is to make your own compass.

I started simply by writing a few scenes for my acting reel. Those few scenes became a 10-episode web series that screened at several festivals, winning Outstanding Achievement in Writing, Lead Actress & Supporting Actor at LAWebFest. I joked one night with a friend how Hollywood doesn’t seem to make movies for us, about us anymore. We have now partnered as producers to become 2 Redhead Productions. Now I act in projects I choose or I make. And it’s truly a liberating experience. If an agent were to represent me now, I wouldn’t turn it down. But I also wouldn’t stress about the number of auditions I go on or the roles that are out there. Because I’m making it happen for myself. I’m finally getting to show people the kind of actor I want to be. Becoming an indie filmmaker is just a happy byproduct.

If you have creativity and ambition, but you’re knocking on doors that don’t open? I say build your own doors. Personally, I think there is nothing worse for an actor than feeling stuck and not doing anything about it.  In a day and age when women like Mindy Kaling and Lena Dunham are starring in shows they write, and the 2013 Best Picture Oscar goes to a film directed by the actor Ben Affleck…what are you waiting for? It’s never too early or too late to start taking control of yourself.

**
Tanya Giang’s first project with 2 Redhead Productions is “Staging Grief,” a short film she wrote that she will star in and direct. It shoots this August in Los Angeles, in association with Aren’t We Clever Productions.  They are currently running an indiegogo campaign to raise funds. Every dollar helps and is greatly appreciated. Please help support indie film. You can find more details and learn about perks of donating at: igg.me/at/2rhpgrief
at 10:01 AM