I believe my dad struck up a deal with my mom to ease the anxiety of naming their first daughter. "You incubate her for nine months, I'll come up with a name." My mother, pregnant and chasing my 1 year old brother, was most likely distracted when she agreed.

My father, who received his masters in physics from the University of California at Berkeley (he even taught his grandkids at 2 years old to yell "Go Bears!" whenever they saw a football game) was often studying. In the 70s, when he attended, he was stuck in the library, his glasses sliding down his nose as he pored over books, while his peers were having fun experimenting with herbs and the occult. My father, who was a drummer all throughout grade school, middle school, high school, and I believe MIT as well, during his undergrad career, had probably experienced hearing loss. While his fellow students at Berkeley were into astrology and star signs he must've thought that they were into astronomy; the star signs they often talked about must've referred to celestial pictographs - constellations! 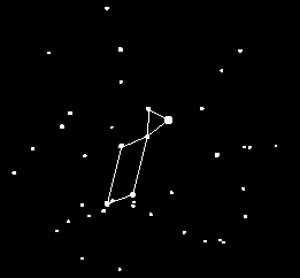 My father thought the constellation "Lyra" was one of the most beautiful sounding names in the, well, universe. My birth was a difficult one for my mother, and when she had finally delivered me, she was so exhausted, and my dad so harried from driving from the hospital across the Bay where my brother laid with double pneumonia, (a secret he kept from my mother so she'd be relaxed enough to feed me) that when he wrote my name on my birth certificate, he didn't bother to doublecheck his spelling.

Now, honestly, he had at least nine months to do this. Shame on him.

They are pronounced differently.

This has never really been an issue, until I fell in love with Antne. He is a full blooded Italian.  His last name, Diecidue is hard to spell, and even harder to pronounce [dee-ETCH-uh-DO-ay]. But it's what his last name means that really sells my entire life living with a misspelled name.
Dieci means ten. due equals two. Diecidue. Ten-two.

Should I take his name when we marry, and visit his family in Italy, he will introduce me in his mother Sicilian tongue: "This is my new wife, Twelve Former Monetary Units of Italy."


If you are emailing me about your headshots, resumes, specific things about you that are not general acting questions, please consider a very affordable and thorough:
Personalized
New Actor
Consultation.