You Can Learn A Lot By Watching Others 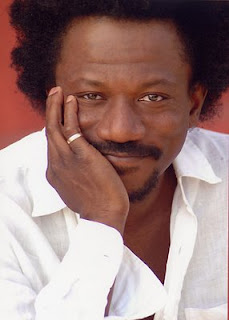 Tomas Boykin has won numerous awards and it's no wonder why. He plays Harrison Dent in the 3D movie and when we had scenes together and they went in for his close up, I would watch him and just be so amazed that I would forget I was in the scene with him, and wouldn't say my lines. That happened more than once, making me look quite the fool, but his character was just so realized, and Tomas himself is just so incredible - especially when he got tired! He let loose a little more and dived into other characters while the camera was reloading or moving, and was extremely fun to play with. (I'm also such a sucker for Afros, which I still to this day blame a guy named Nate for) Plus, the timbre of his voice is just so rich, so velvety. He is a younger Morgan Freeman. The SAG-E Morgan Freeman! You will be seeing more of this guy very soon. Junie Lowry-Johnson, are you reading this? He needs to be on True Blood! He needs to be related to Lafayette! 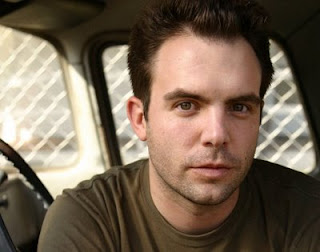 And then there's handsome Michael Holmes. Oh, Michael. The ladies of the crew all gathered together and made "top 5" lists of the guys on the crew. And there are no ugly men, let me say, so I'm sure everyone made it onto someone's list, but Michael hit more lists than anyone else. And I'll be quite frank when I say that I had never been so excited to have to kiss a co-star.
When I first saw him, I was walking into wardrobe, where he was changing his pants. There he was, in blue boxer briefs, and there I was, all thoroughly embarrassed for walking in on him. When I met him a second later, all I could muster was a feeble hi and a limp handshake.
As we got to know each other more (the very next day he had admitted to googling me, which I found oddly flattering) and we really started bonding. We have both been through a lot of heartbreak and madness in our lives, and when I had found that he had linked to this blog from his own, I learned about a few instances that made me want to put his head on my chest and comfort him.
So I kept asking the director things like, "Shouldn't my character kiss him now?" "Don't you think our characters should kiss here?" "You want us to make out here, right?" And finally (FINALLY) our characters got to kiss yesterday. And since it's a quick movie kiss, it's really nothing to write about, honest to blog (forgive me) but it's okay. There's such a strong connection between us, I'm very curious to see what it is I'm going to learn from him in our friendship. We already have tentative plans to get together to gameplan our careers, and I look forward to it. 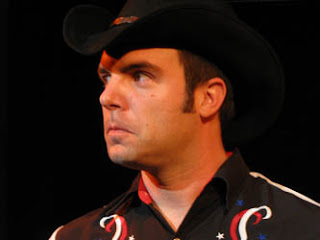 I wish the show he was doing didn't finish up this weekend so I could point you guys to it. (He did a small monologue from it for me that would turn any struggling actress into a puddle) BUT he DOES do the Serial Killers sketch shows at Sacred Fools pretty regularly. See him before he cuts his Zach Effron haircut, and see him again when he does. You will have very pleasant dreams. Oh, wait! He's also gearing up for the next season of his fun buddy cop webseries.Have some fun watching the first season. Cause trust me, that cleft is mesmerizing.
at 6:47 PM