I have a huge headache and have been rather sad the last few days for reasons I won't get into here. Suffice it to say I do have wonderful supportive friends in my corner and I'm powering through it. Just slowly.

I was driving the other night and feeling so down that I said, okay, start making a list of things you're thankful for. Even though I was driving my car that's paid off and mine, even though I was driving to my apartment that has central air, even though I am in good health, all I could think about was one person. And I didn't just stop at this person's name, I was thankful for so many of the things that make up who he is. For his sense of humor, his cooking skills, his willingness to be with me and by my side, cheerleading me on and growing with me.

I met Anthony using an online dating service. On our first date, he told me he worked as a caricature artist at Universal City Walk. I worked at Cafe TuTu Tango just 700 feet away from him. I walked past him every Friday and Saturday night for three years before we met. When he asked if I was interested in seeing his artwork, my hopes were not high for him. He worked out too much, his skin was so clear, he spoke fluent Italian. He probably sucked.

I was blown away. Page after page of the most amazing illustrations. "What are you doing caricatures for?" I asked. 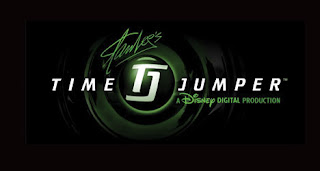 Last February, he booked a gig with his childhood idol Stan Lee. He was on a panel at Comic-Con as the Lead (and only) Artist for Disney and POW's Time Jumper. He even gave a great interview. I am so happy and proud of him; this is what he has dreamed about doing, and he's doing it. 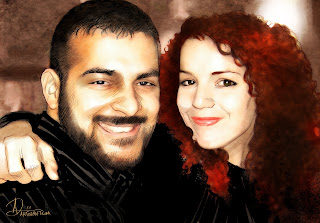