I went to an audition last week when it was still raining. I was auditioning for "Untitled Post Partum Series." If it's a recreated events show, I've got a good chance, as you might have seen me on such classic re-created event shows as, "What Should You Do?", "Unsolved Mysteries of the ER," "America's Most Wanted," and "Twins By Surprise."

I went out for "Shelby," a woman suffering from, you guessed it, Post-Partum Disorder. And since it's a recreated events show, I have to look like Shelby, a real person. Here she is. 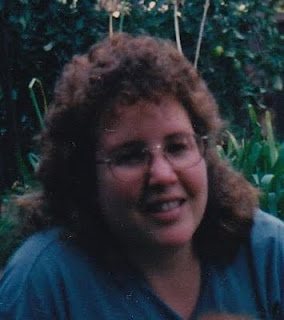 Now, I don't look like Shelby at all. ANYMORE, but I swear to god, I SHOULD'VE grown up to look like her. Here is me at 14! 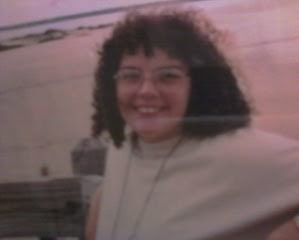 Aren't I adorable? Those teeth are pushed forward so much that I can't actually close my lips around them. They always stuck out. But look at my glasses. They are the exact same ones Shelby is wearing!

I got a call from the casting director last night that they loved me and was one of their top picks, that they sent my tape to network and they'd like to put me on "avail."

Being on avail means that I have not technically booked anything yet, because if they literally say "booked" it, then they have to pay me. So they make sure I know the dates I would be needed. Now, because they didn't tell me I was their first pick, I'm assuming that I'm second or third, so that just in case their first pick and second pick can't get off work, or book something else, or get sick, or run over, they still have one more actress for the dates available, and production won't be postponed or move, costing them lots of money.

As my good friend JenIsIris knows, being on avail is kind of a drag. She was on avail for like, 7 commercials this year, all of which she was released from. It's a game struggling actresses play, called "Imagine What I Could Do With All That Money!" Like pay off credit cards, take more classes, update my headshots, take a few casting director workshops! That kind of thing.

But I'm not holding my breath. It's the reason I didn't post the original audition notice when I got it. I didn't think I was going to get it. I still don't. I just love that picture of me at 14 and wanted to share it.
at 12:22 PM