That's Not My Name!

My dad was a nerd living vicariously through his Cal Berkeley hippy peers in the late 70s. He was too studious to smoke much pot, and probably thought scoring drugs meant evaluating their performances in clinical tests.
And when my mom was pregnant with me, a girl (!), my dad was super excited to start thinking up names. No Jennifer, or Jessica, or Amanda for his baby girl, oh no! He wanted a name that stood out! That required people to know Greek!
So he named me after the constellation Lyra. But see, this was before spellcheck. And my father, who had his masters in Physics! had no doubt that he knew how to spell.

And so on my birth certificate, there's my name. Misspelled. 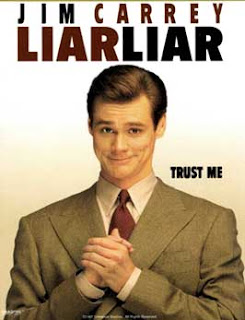 But that's okay, Lira is also money! The only problem, though, is that sometimes when people see my name, their brain switches the a and r so that the word is familiar to them. I get "Liar." a lot. in fact, the first time I saw this movie poster, I thought it had my name on it twice.

At any rate, people misspelling or mispronouncing my name is not uncommon.

But I was on my way to making my name more popular! People compliment my name all the time, how unusual it is, how pretty it sounds aloud. And I love seeing my name in print, because growing up, at DisneyLand or Great America, or any other tourist place in the world, my siblings could get keychains and mugs that proclaimed them theirs, but I never could. And so seeing my name during the credits of projects I've done is so hugely awesome and rewarding.

And so when I booked the lead role in Haunting of Winchester House, I was excited, because my name would be all over it! I received my copy of the dvd yesterday, and I was giddy as I turned it over to see the bottom credits. And there! There was my name in print:

STARRING: LISA KELLERMAN
sigh.
That's not my name.
at 2:55 PM