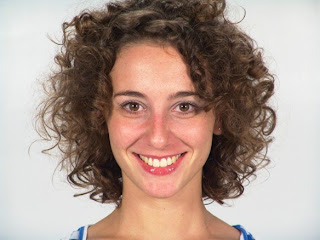 So after being legally signed with my agent for exactly one week, he calls me up. "You have an audition!"

Commercial auditions are usually bizarre. Every single one seems to be completely different from the last. Sometimes, you'll drive 30 miles just to have your picture taken by a digital camera. It's to make sure you actually look like your headshot. I better look like my headshot! I spent a ton of money on them! So those auditions always seem like a waste of time. Most non-union commercials usually are. And they pay crap cause they can.

I went out for "Hero Daughter, 19-26." Basically, the premise is this: Hero Daughter is in some cold snowy foreign country when she smells....crescent rolls! She breathes in, closes her eyes and wishes she could be back home. She clicks her heels three times and voila! She surprises her family at dinner! If it sounds like something they're playing already, it's true. This is part of a campaign where "Pillsbury reminds you that there's no place like home," or such.
I was told to wear slacks, a warm sweater, and a knit cap.

[Now, it's never cold enough to warrant having a knit cap in LA. But I once bought myself a "I Taught Myself Knitting!" book and had already made one. Boo yah. It helps to be creative. I mean, some actors even make their own knit headbands cause they're hardcore like that.]

And for some reason they were going for a complete match to the girl in the photo above. Weird, right? Well, it turns out that they had already shot the foreign country stuff in Germany, and were trying to match the girl in the shot. Do I look like the girl above? Sure, why not? I mean, both of us have curly hair.

I get into the room (after being told by the casting director to lie about my height during the taping, shaving 2 1/2 inches off) with my "family." Yup. I auditioned with other people, which is quite common. I had a mother and a grandfather. My mother looked like she could've had me at 10. But when she asked if I was 20 and I said sure, she said that she could've had me at 26, so it worked. heh heh heh . Yeah. I'm 20.

Even though we had all brought knit caps, they already had one there for us - a match of what the girl above wore in her part of the commercial. I slipped that on, not too worried about lice, and the casting director said that right now, I was the closest match she had, with my skin tone and eyes and hair. That I looked just like her, except prettier. "Damn it!" I said. Mom and Gramps chuckled while the casting director said, no no, that's a compliment. "So make it really good!" she said. But that's okay, cause I work better under pressure. I did my first take, where I'm imagining smelling really great refridgerated dough baking in the oven, and the casting director was very happy with it. She asked if I would mind getting my hair colored to match the girl. Not at all! was my chipper response.

We did some "Her Daughter surprises her family at dinner," actiony stuff, then posed for a family picture, and then were sent out on our way. Fun times.

Keep your fingers crossed, ya'll. It's a National, which means that my Aunt Cheryl will get to see it! She is always so excited when I book stuff that she'll actually be able to see.
at 5:46 PM